From the Phillips County Sheriff 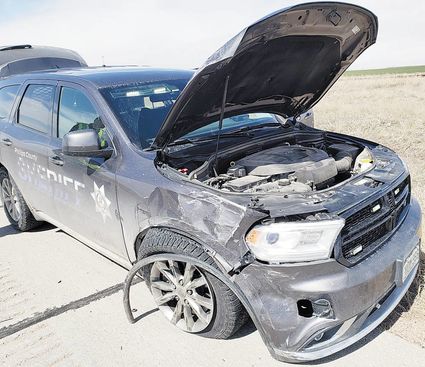 A PATROL VEHICLE owned by the Phillips County Sheriff's Office was struck by a stolen vehicle during a high speed pursuit on Sunday resulting in a total loss of the patrol vehicle.