By Andrew Nygaard
The Holyoke Enterprise 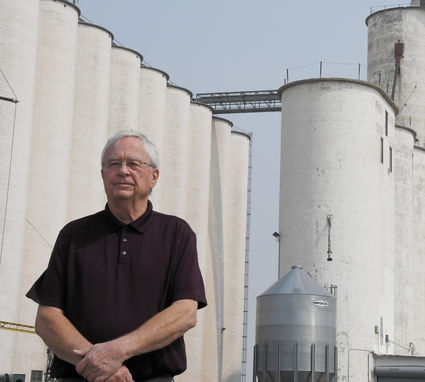 (Photo from The Holyoke Enterprise|Johnson Publications)

STEVE Bahnsen has been in the grain business 54 years, 28 of which he spent as General Manager of Paoli Co-op. His last day will be Oct. 2 and he plans to travel with his wife, Linda, in his retirement.

Steve Bahnsen's last day as General Manager of Paoli Co-op, a post he has held for the last 28 years, will be Oct. 2, after which he will retire.

He started his career in Brandon, Neb., in the fall of 1966, where he spent 11 years working at the Fitzgerald and Stewart elevator.

He then worked as operation manager of the Dudden elevator in Venango, Neb., for 11 years, followed by two years at the Venango Co-op.

After a two-year stretch as location manager in Hill City, Kan., he accepted the position of General Manager at Paoli Co-op.

Bahnsen has mixed emotions about his approaching reti...