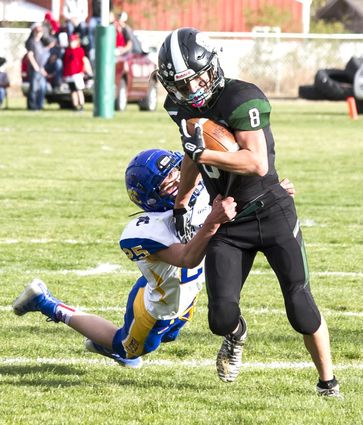 The Fleming Wildcats tacked on win number two last Saturday in the school's annual homecoming football game against the North Park Wildcats. The win puts Fleming at 2-0 on the year following opening week victories over Arickaree/Woodlin and North Park.

Fleming struck first in the opening seconds of the game when sophomore Nolan Japp found the end zone following a Wildcat fumble recovery.

North Park would go on to add six in the opening quarter, but the local Wildcats advanced another eight to put them up 15-6 at the first quarter horn.

Fleming continue to dominate the first half, adding...