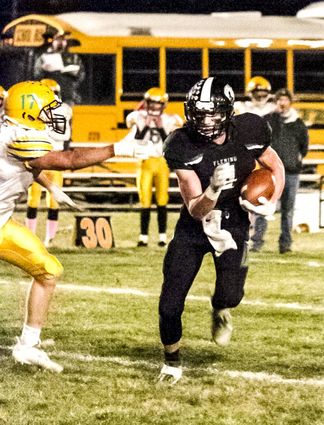 The Fleming Wildcats met up with the Peetz Bulldogs in a rare Thursday night appearance last week. The Thursday contest marks the first and only Thursday scheduled in the six-game 2020 season.

Peetz received the opening kick off, but the Wildcat defense stopped their running plays short and forced the fourth down punt.

The Wildcats completed two plays on their first possession before sophomore Nolan Japp ran 45-plus yards to put Fleming on the board with six. Fleming led 6-0 following a failed points-after attempt with just over two minutes off the clock.