Kirkwood signs to play under Wilkening at Otero in La Junta 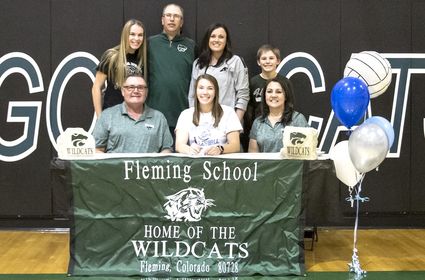 Although Kendyl Kirkwood's senior volleyball season has been put on hold, that hasn't prevented her from planning for a future on the volleyball court. In a year where the Colorado High School Volleyball State Championships would have already been played, COVID-19 restrictions have forced a postponement to the finale of Kirkwood's high school career.

Despite the setback, she recently made her commitment to play college volleyball official with a signing ceremony held Friday, Nov. 20, where she signed a letter of intent to play at Otero Junior College in La Junta in the fall. As a Rattler...