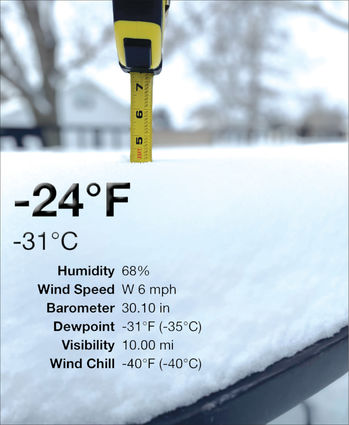 RECORD LOW temperatures and snowfall blanketed the area over the Valentine's Day weekend. According to the National Weather Service, Haxtun temperatures reached -24 degrees early Monday morning. Snowfall over the area, which started Friday, totaled anywhere between four to six inches, according to reports. The NWS projects temperatures to warm up later this week.

The reported coldest location over the weekend was Iliff, at -32 degrees.