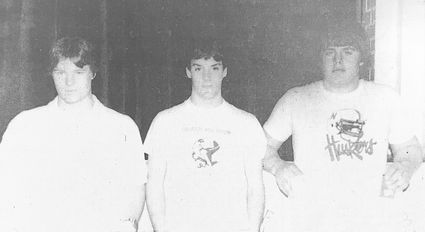 A blacksmith shop will be opened in Haxtun this coming Saturday in the building nor of the cheese factory. The shop which will be known as Carl's Shop, will be operated by Carl Reker. Mr. Reker and his wife moved to Haxtun a few weeks ago from Sidney, Neb., where he formerly had been engaged in blacksmithing.

Nuptials were pronounced at nine o'clock last Sunday for Mrs. Evelyn Hayes and Mr. J.W. Meakins, both of Haxtun, at the Methodist parsonage in Sterling. The young people were quietly married in the presence of the following friends: Dr. and Mrs. J.H. Mc...