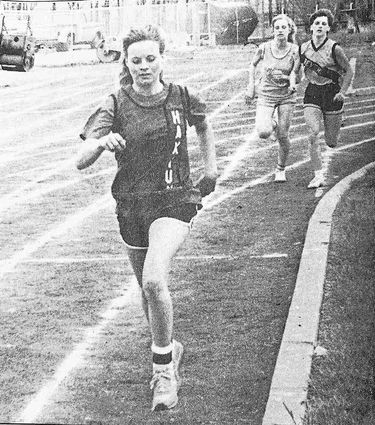 Miss Evangeline Mooney of Haxtun was one of 18 girls who were recently pledged to sororities at the Colorado State College of Education at Greeley. She became affiliated with the Sigma Upsilon Sorority during the spring pledge week. She is the daughter of Dr. and Mrs. W.E. Mooney and graduated from Haxtun High School in 1933.

Wages News - Funeral services were held for Griffin Crossland Thursday afternoon. The bereaved family has the sympathy of the...