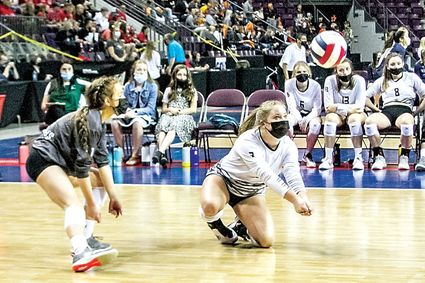 A shortened season C came to a close last Thursday for the Lady Wildcats of Fleming who made their second State championship appearance in less than two months. The Lady Wildcats earned a basketball runner-up trophy in late March at Colorado Springs and brought home the runner-up volleyball trophy to add to the year’s achievements.