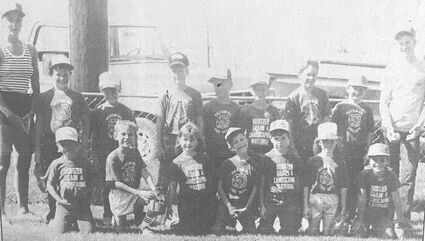 Opening of a modem meat department at the Birrell Food store has been announced for Friday of this week by J.D. Birrell, proprietor of the firm. The meat depart­ment has been equipped with a new refrigeration system in con­nection with a modern display counter. Several hundred pounds of fresh meat may be stored in the refrigerator and the store will be able to keep an adequate stock on hand at all times.

Five new stars at one swoop were added to the Hollywood fir­mament when Darryl F. Zanuck secured the adorable Dionne Quintuplets to head the cast of his "Th...