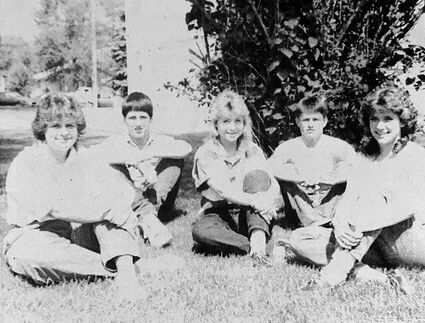 FBLA OFFICERS for the 1986-87 school year are, from left: Correne Bouch, John Harris, Shelly Sundermeier, Dino Nolin, and Kim Gibbs. These officers, along with their sponsor Mrs. Marilyn Garretson, recently attended the Fall Leadership Conference at NJC in Sterling.

Two inches of snow fell throughout this territory Sunday night and Monday, accompanied by a severe cold wave. The storm brought the second snow of the winter in this section and extended over the greater part of Colorado. Corn husking was interrupted temporarily because of the storm but work was resumed again Wednesday. The corn harvest here is reaching i...