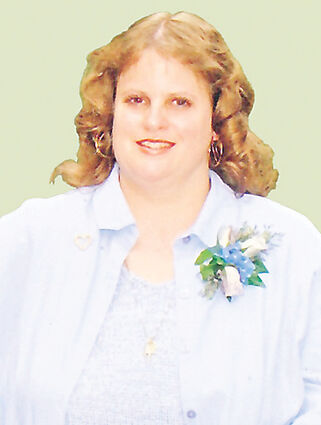 Deborah "Debbie" Lynn Thompson passed away on Jan. 14, 2022 at NCMC Hospice Unit in Greeley at the age of 57 after losing her battle with cancer.

Debbie was born on June 20, 1964 to A. Clayton and Diane (Norman) Holmes in Loveland. Debbie was later adopted by Larry Thompson when he and Diane married in 1972. Debbie attended Holyoke High School and graduated in 1982.

After high school, Debbie attended Aims Community College for two years. In Greeley Debbie did secretarial work for a construction company and worked in a golf club snack bar. She moved to Los Angeles, Calif., while there she worked for the Showtime Movie Channel for two years. She moved back to Denver, lived with Nancy Pillard, and worked for General Electric. She later moved to Fort Collins and worked for several engineering consulting firms including ENSR, AE Com and Stantec, where she was currently still working.

Debbie loved all sports but was known as an avid Denver Bronco Fan. She loved being with children, she began babysitting when in high school and when she moved throughout her life she always found children to care for. She loved everything Disney, including movies, books and songs. She loved playing board games and cards with family and friends.

Memorial contributions may be given in Debbie's name to the NCMC Hospitality House at North Colorado Medical Center, 1801 16th Street, Greeley, CO 80631.