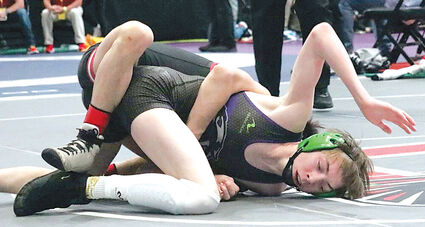 HAXTUN SOPHOMORE Kaiden Schelling competed on the Sedgwick County/Fleming wrestling team this year at 106 pounds. Schelling finished his season at the State Tournament in fifth place with a season record of 37-14.

It was an exciting weekend at the Colorado State Wrestling tournament held at Ball Arena in Denver last weekend. Sedgwick County/Fleming has a new State Champion to add to their wall of Champions.