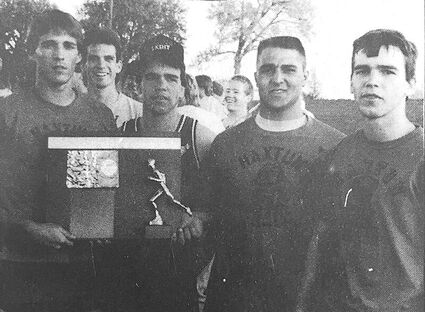 After a fine rain on Monday and indications of more moisture before the end of the week, farmers in the Haxtun community are preparing for corn planting with renewed hope. A great many farmers expect to start listing next Monday. Without this moisture, it would have been impossible to plant corn, it is said.

Mr. and Mrs. Ace Goddard and A.R. Gray will leave Thursday morning for Denver to attend the session of the U.S. District Court. Mrs. Goddard and Mr. Gray will appear for the government against three men charged with counterfeiting. The defendants are thoug...