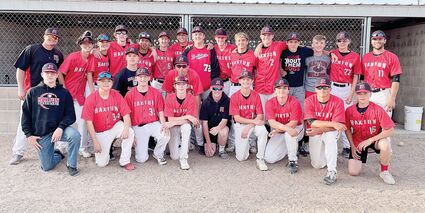 The Haxtun Bulldogs are Regional Champions and in the 1A State Baseball Final Four following nailbiter wins over top 10 teams last week. The Bulldogs traveled south to Cheyenne Wells to face off with #10 ranked Stratton and the second seeded home team in Regional action. One-run wins over the Stratton Eagles and Cheyenne Wells Tigers gave Haxtun the Regional Title and one of four spots in the Championship finals slated for this week in Lakewood.

Haxtun entered the 16-team 1A Regional/State baseball bracket as the seventh seeded team, which pitted the Bulldogs in a contest with 10 ranked...