Bulldogs set to face off with Otis at home 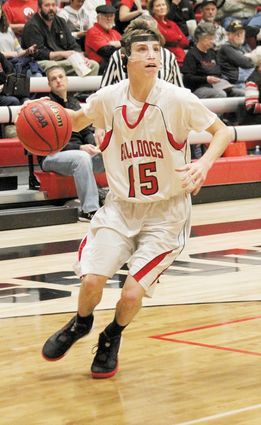 SOPHOMORE David Avery drives to the hoop in a contest at home against Wiggins two weeks ago.

That's a wrap on the regular boys' basketball season for the Haxtun Bulldogs. The team competed in Yuma last week where they fell to the Indians by a 21-point margin. This week, the Bulldogs are set to host their first round of District play on Wednesday night as they face off with the Bulldog from Otis. The two teams met once before, when Haxtun nabbed a 30-point win.

Friday night in Yuma, the Bulldogs battled with the Indians after tip off, coming up just four points shy of the home team after the first quarter of play. Yuma added 12 points in the second to hold onto a 26-16 led at...