Wildcat season ends early with loss to Bulldogs at Districts 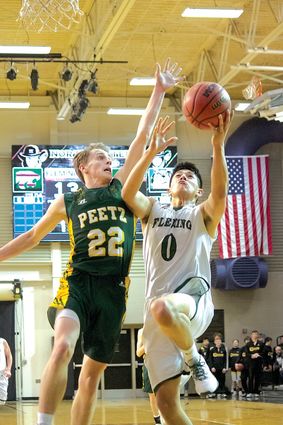 The basketball season came to an early close for the Fleming Wildcats last week. The team lost to Peetz in the opening round of the District 4 Tournament at Northeastern Junior College in Sterling, ending their season.

The Wildcats met up with Peetz twice during the regular season. They took a 10-point win over the Bulldogs in mid-January on Peetz's home court. Then defeated them for a second time in the final regular season contest at Fleming; that time by two.

Peetz came out strong in the opening quarter and put 25 points on the scoreboard while giving up just 10 to the Wildcats. Fl...