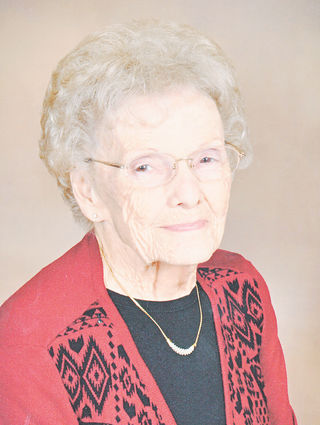 Joan Jacqueline Cowen was born Jan. 1, 1937 in Ft. Morgan to Glen Howard Cowen and Gladys Almira (Harding) Cowen. She was the youngest of five siblings; Manuel, Elizabeth, Phoebe and Glen.

As a teenager, she began working for her aunt, Zorah Jones, at the Haxtun Hospital as a Candy Striper, earning 50 cents per night. This would lead to a lifelong career in nursing. Following her graduation from Haxtun High School, she married Verdel Westerman in 1954 in Sterling, and to this union they welcomed Jodell Rae, Veran Kay, Donnie Eugene, Patricia Gay and Teresa Fay. The family was later blessed with the additions of Kimberley Ann and Michael Glen. It was while raising her seven children, that Joan continued her education and earned her Licensed Practical Nurse degree. She spent the rest of her career working at several hospitals throughout Colorado and retired from nursing as a Home Health Nurse. During these years she formed many friendships with co-workers and the patients she cared for. Her family was the center of her world and her greatest blessing, but her caring and compassion extended beyond her family to anyone she encountered.

Joan also possessed an adventurous spirit and had a great zest for life. In her youth she enjoyed dancing and socializing. She also enjoyed travel, especially with her family and loved to crochet blankets for them as well. In her later years, she enjoyed having coffee with her friends, going "up the hill" to play the slot machines with her sister Liz, going to church events, visiting her children, grandchildren and great-grandchildren and going to their games and other activities. She felt the most at home during family gatherings, surrounded by those she loved. She lived many places over the years but returned home to Haxtun following the death of her husband Bill.

She is preceded in death by her parents Glen and Gladys; brothers Manuel and Glen; sister Phoebe; children Don and Teresa; and husbands Verdel, Jerry and Bill.

Graveside services will be held Saturday, June 6 at 10 a.m. at the Haxtun Cemetery with Pastor Jeri Soens officiating.