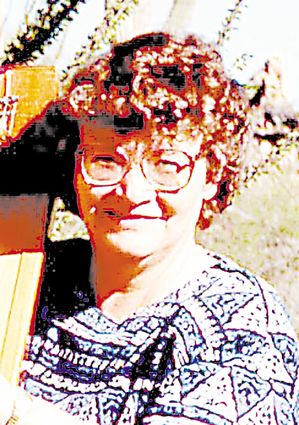 She was born April 1, 1932 in Colby, Kan. to Lester and Hilda (Goodrow) Corning. As a child, Bonnie's family resided in Kansas, Wyoming, Nebraska, and settled in Paoli. She graduated in 1950 from Haxtun High School in Haxtun.

Bonnie married her high school sweetheart, Orville Lee Harms on Jan. 7, 1951. Bonnie's heart and home were always open. No one was turned away from either. Her integrity and support was unsurpassed. Bonnie loved playing the harp and performed in many settings. She and Orville enjoyed hosting an annual harp concert in their home at Christmastime for friends and neighbors. Bonnie and Orville visited all 50 states, most of the Canadian provinces and numerous foreign countries. They remained happily married for 68 years, until Orville's passing in 2019.

Bonnie received a bachelor's degree and a master's degree from the University of Colorado and was a Government and Social Studies teacher with the Boulder Valley School District at Casey Junior High, Baseline Junior High and Fairview High Schools. As a keen advocate for women's rights, Bonnie set a precedent that has been passed down through her children, grandchildren, students and all who truly knew her.

She was a longtime member of First United Methodist Church of Boulder, United Methodist Women, The Harms, Cooper, Johnson Family Association and the Boulder Genealogical Society where she and Orville received a Distinguished Service Award in 2012. Her interest in history and genealogy assisted so many in her family and in her varied connections. One story she liked to tell was during World War II, when she was nine or 10 years old, living in Dickens, Neb., the United States Air Force accidentally dropped non-explosive training bombs on the town one night when they mistook the town lights for a bombing range located several miles away. One of the bombs landed not far from her brother Raymond, who was outside at the time. Her father, who was a telegrapher for the railroad, got the town of Dickens to turn off their lights and he sent messages to the Air Force to halt the bombing.

She is preceded in death by her parents; husband; and brother Raymond Vincent Corning.

A service will be held at a later date with internment at the Haxtun Cemetery. Memorials may be made in Bonnie's name to First United Methodist Church of Boulder, 1421 Spruce St., Boulder, CO 80302 or the charity of your choice.