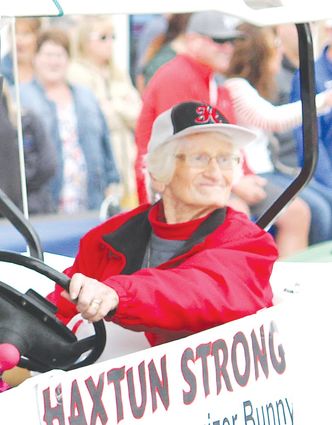 HAXTUN NATIVE Carol Scheel remembers attending 84 of the last 85 Corn Festivals. She has riden through many Corn Festival parades representing Haxtun High School's Class of 1953. This year, as Haxtun's annual Corn Festival parade rolls down Colorado Avenue, Carol will be honored as the Grand Marshal.

It is often said there is no place like home and there are no truer words for Carol Scheel. Carol has called Haxtun home for more than eight decades and so it's only fitting that when the community celebrates "Wide Open Spaces" on Saturday, Sept. 26 that she leads the Corn Festival parade as Grand Marshal.

This year marks the 99th annual Haxtun Corn Festival and Carol remembers being at all but one of the past 85. Her fondest memories are of the Saturday mornings in late September when she gathers to be in the parade or playing street games with her friends when she was younger. Now, s...