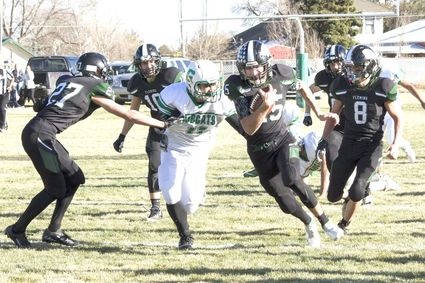 The undefeated Wildcats of Fleming met up with the undefeated Bobcats from Granada last Friday for an afternoon contest at the home of the Wildcats. Granada came in with a 5-0 record on the year while Fleming boasted a 4-0 season following the cancellation of one of their regular-season games.

Granada would receive the opening kickoff from the home team, but their possession would be cut short by an opening kickoff fumble that would be recovered by Wildcat senior Brady Kuntz. Kuntz would run the ball into the end zone, but would be called out of bounds at the 15-yard line where the Wildc...