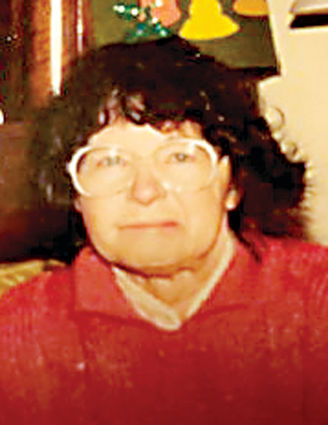 Mable Louise Postal, a resident of Brighton for more than 50 years, died Dec. 10, 2020 of natural causes at the home of her nephew in Westminster. She was 93.

Mable was born to G. J. "Joe" Moon and Wilma Barden Moon in Akron on June 3, 1927. Her mother died when Mable was just two years old. When an Iowa single mother, Bernice Thurber, heard from her aunt in Fleming about the widowed farmer with three young children, she moved to the Moon farm north of Dailey to become the housekeeper and nanny. Mable and her two older siblings, Richard and Marie, grew up with Thurber's daughter, Winona Thurber.

At a very young age, Mable lost much of her hearing after suffering measles and mumps at the same time. Even so, she attended Pumpkin Vine School, a one-room schoolhouse north of Dailey, and Dailey High School, graduating in 1945.

For many years, Mable worked at a checkbook and passbook printing company in Denver. After her retirement, she continued to raise a garden and began playing bingo at the Brighton Senior Center.

Mable is survived by her stepsister Winona; two cousins; and numerous nieces and nephews.

Cremation was entrusted to All-States Cremation. A memorial will be held in the spring.