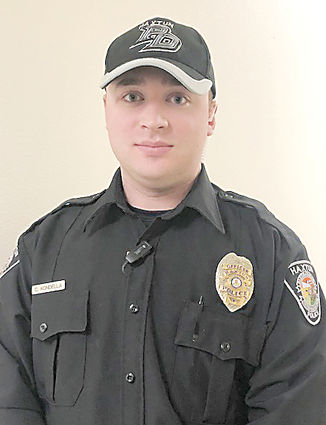 Haxtun's newest police officer brings with him experience in both armed security and corrections. Officer Cameron Kondella started with the Haxtun Police Department on Monday, Feb. 1.

Kondella was born and raised in Rome, a town of nearly 33,000 in central New York. After high school, he obtained his bachelor's degree from Clarkson University in Potsdam, New York.

Kondella later attended the Police Academy at the Otero Law Enforcement Academy in La Junta, where he graduated in December 2020. It was there that he learned about the opening within the Haxtun Police Department.