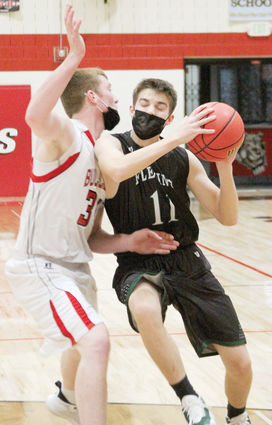 The Fleming Wildcats met up with the Rams from Merino last Tuesday for what would turn out to be their only game of the week. The Wildcats hosted the Rams early last week before winter weather postponed a game against Kit Carson slated for last Saturday.

Merino's offense opened with 17 points while holding the home team to four to take a 13-point lead after the first quarter of play. The Rams expanded that lead by another four in the second quarter, adding 12 and giving up eight.

The Wildcats saw their only double-digit scoring quarter of the game in the third when they put up 12 points...