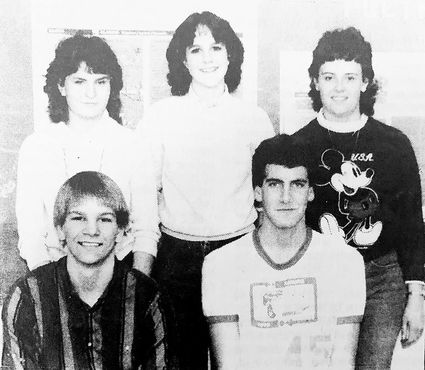 Andrew Krueger, age 10, of Amherst, passed away at the McKnight hospital in Haxtun Friday night following an operation for a ruptured appendix. He was the son of Mr. and Mrs. Simon Krueger. In addition to his parents, Andrew is survived by four brothers and five sisters.

The Dailey basketball team annexed a championship last week by emerging victor of the Logan County tournament at Sterling. Two of the Dailey players were named on the all tournament team, bringing additional honors to the school. The selection included Grauberger, Dailey and Bordigan, Padron...