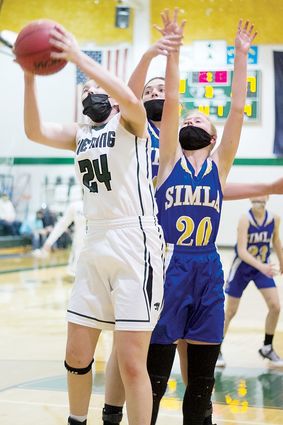 A shortened post season was made even shorter thanks to a round-one bye for the Fleming Lady Wildcats. The Lady Wildcats, who made their State Tournament debut on Thursday, March 11 in the Sweet 16 round, entered the bracket as the number six seed.

The week opened with a home contest at Fleming that paired the local ladies with the 11th ranked Simla Lady Cubs. As the higher seed, the Lady Wildcats were given home court advantage.

It was the underdog who opened strong on their opponents' home court and jumped to an early two-point lead in the first, 10-8. But the Lady Wildcats answered...