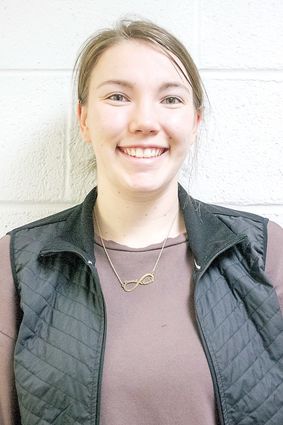 The conclusion of this year's basketball season brought a host of All-Conference selections for student-athletes at Fleming High School.

The Lady Wildcat team competed in the State Championship and earned the Runner-up finish following a 12-4 season. They took down the number-two ranked team in their post-season trek to the Championship.

Kendyl Kirkwood, the lone senior on the Lady Wildcat squad this year, played forward in her final high school basketball season. She earned an All-Conference selection after averaging 18.8 points per game and 13.4 rebounds per game ­- both team highs. Kendyl averaged nearly three steals per game and 1.9 assists per game in the 16-game season. Her career highlights include a 15.5-point-per-game average and a total of 1,068 rebounds. She has opted to continue her education at Otero Junior College while playing volleyball for the Rattlers.

Junior Whitney Chintala, who started in the guard position this year, was selected for All-Conference recognition. She averaged 13.9 points, 5.2 assists and 3.3 steals per game.

Sophomore Kally Kirkwood, a starting guard, played in 11 games of this season's 16-game schedule after sitting out the first portion of the season due to injury. She went on to add 7.5 points per game for the Lady Wildcats and nabbed an average of 4.5 rebounds per game.

Freshman Madi Serrato made the All-Conference list in her debut season with the Lady Wildcats. As a guard on this year's team, she averaged 6.4 points per game and 3.1 rebounds per game.

Junior Sam Pope was named to the All-Conference, Honorable Mention list. She scored an average of 3.4 points per game and added 3.7 rebounds per contest.

The Wildcat boys' team made the post season and fell in the opening round of playoffs. They finished the year at 7-6 overall. 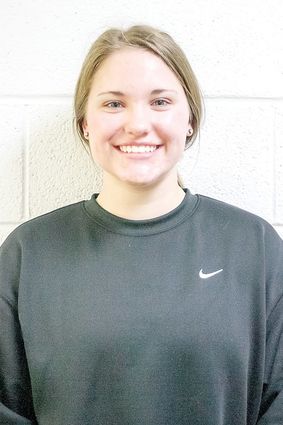 Senior guard Kade Comstock received an All-Conference designation for his contribution this season. He averaged 18.2 points per game and 7.7 boards per game.Comstock also added 3.7 assists per game and 3.6 steals per game. Incomplete career stats on MaxPreps show that he tallied 432 points in his junior and senior season combined while bringing down 184 rebounds.

Braylen Feather, a sophomore guard for the Wildcats, earned All-Conference honors. He averaged 13.8 points and 5.2 rebounds per contest this year and took seven charges in the 13-game season.

The Lady Wildcats lose Kendyl Kirkwood to graduation this year. The Wildcat roster will be short four players for the 2021-22 season. In addition to Comstock and Goss, Nathan Brekel and Auston Hoskins have completed their high school careers.