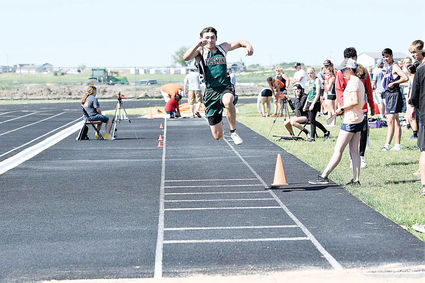 The Fleming Wildcat track team wrapped up their regular season competing at two separate track meets on Saturday, June 19. Four members of the team competed at the HWAY Invitational at Akron while Nolan Japp competed at the Big Red Last Chance Meet in Eaton. Top 10 finishers at those meets are as follows: