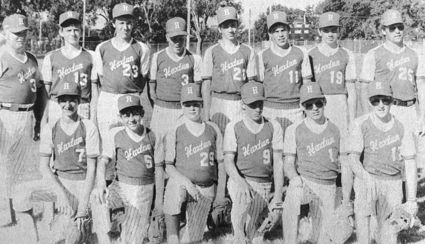 Rose Leuth and Walter McClain were quietly married at the Church of the Brethren.

Gordon Thomas and Ray Cooper enlisted in the US Navy and were stationed near San Franci...