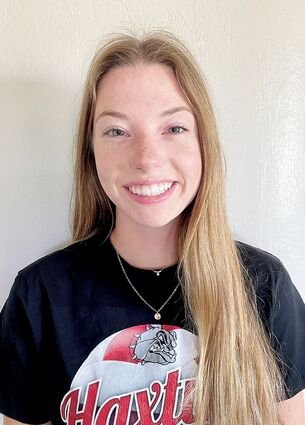 The conclusion of baseball and track season over the past few weeks has brought an end to all high school sports for the 202-21 school year. The Haxtun baseball team ended their post-season run at Regionals and several Bulldog tracksters brought home medals from the State Track Meet, both events held in late June.

Haxtun track athlete Allie Thompson earned All-Conference honors for her efforts in her junior track season. In order to earn the post-season honor, track athletes must earn a first place finish at the annual league meet; Thompson did so in triple jump with a 32 feet, 3.5 inch jump. 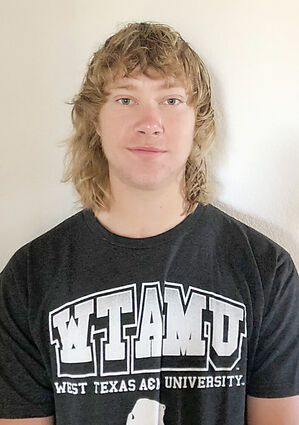 Thompson also qualified for the State Meet held at the end of June at Jefferson County Stadium in Lakewood. Not only was Thompson a part of the State Champion girls' four-by-100-meter relay team along with Cassidy Goddard, Taylor Schram and Aliyah Engle, but the junior competitor also placed second in long jump and sixth in triple jump at State.

Three Bulldog baseball players earned All-Conference honors for their part on the 9-8 team this year that qualified for Regionals following a second place finish at Districts. Baseball post-season honors are determined by a vote of coaches from each team's league. Senior Dusty Anderson, junior Owen Knode and sophomore Jerron Turney were all named All-Conference players in the 2021 season.

In his final year as a Bulldog, Anderson played first base and short stop and played a role as one of the team's pitchers. Knode, an infielder, has one final year left with the Bulldogs while Turney, who plays third and second base while also pitching, will have two years left of high school baseball.