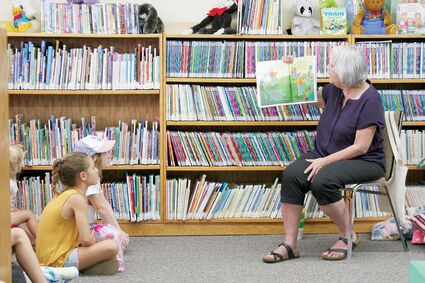 Gran Kissed the Blarney Stone, written by Luann Atkin Koester, is a magical, witty tale of a grandmother's transformation and a family's love and acceptance after a trip to Ireland where she kissed the Blarney Stone. Last week, Koester read her recently released book to participants of Haxtun Summer Reading program.

Inspired by her own trip to Ireland in 2016 where she also kissed the Blarney Stone, Koester explains that she was not the same after experiencing the sunrise, daffodils, music, food, and hospitality of the green, really green, island of Ireland. Her inaugural children's pic...