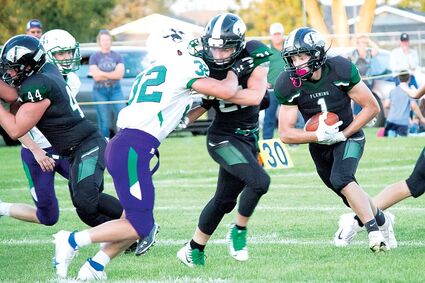 The defending 6-man State Champs returned to the gridiron last Thursday in a home contest against the Arickaree/Woodlin Indians and opened the year with a shut out.

Fleming won the toss, but deferred to the second half and managed to keep Arickaree/Woodlin out of the end zone on their opening possession.

The Wildcats struck first midway through the first quarter putting up six points followed by a good kick for another two. They led 8-0 at the end of the first.

A huge offensive second quarter put Fleming up 32-0 by the end of the half. The home team found the end zone three times for...