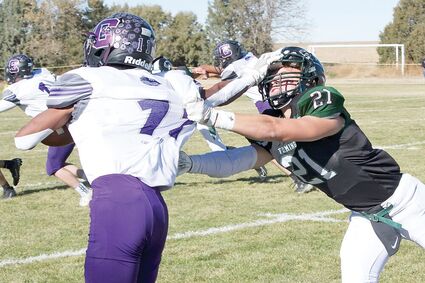 Hometown fans saw an exciting regular season closer in Fleming last Saturday when the Wildcats hosted the Wolverines of Cheraw. Both teams now advance into the State playoff bracket - Fleming in the number five slot and Cheraw at number seven.

The Wildcats won the coin flip and deferred to the second half giving the visiting Wolverines the first offensive opportunity.

Cheraw would begin their campaign marching up field and suffering their first penalties of the game. They chewed up nearly half of the opening quarter on the drive. The Wildcat defense stopped them short and ultimately to...