Bulldogs remain one of four; move into semifinals 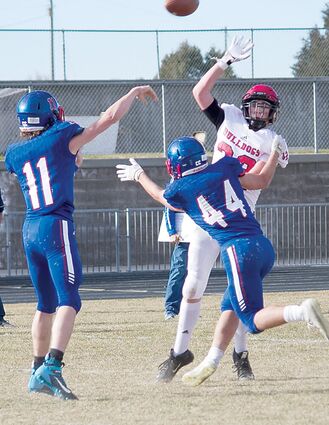 The Haxtun Bulldogs are moving onto semifinals this week. The Bulldog football team took down the Akron Rams for the second time this season to advance another step further in the 8-man State playoff bracket. Just four teams remain in all of Colorado 8-man action including number one ranked Haxtun, fifth seeded Holly, 11th ranked Sanford and number two seeded Mancos.

For the second time in just two weeks the Bulldogs met up with the Rams on their home turf for a Plains League matchup on the gridiron. The two teams faced off in late October in the final regular season game; that outcome...