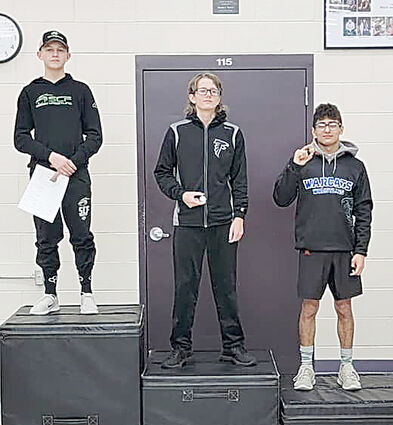 FRESHMAN Scotty Engle earned the Champion title at the Southern Valley Invitational last weekend in the 113-pound class. He finished the day at 4-0.

The Sedgwick County/Fleming Wrestling team traveled to Oxford, Neb. to participate in the Southern Valley Invitational. The team finished in seventh place out of 21 teams. The team put in a good 12 hours of wrestling on the 10th of December.