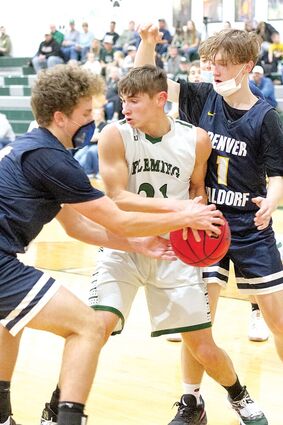 Fleming's Wildcats snapped a three-game losing streak last week with a win over the Arickaree/Woodlin Indians in the first annual Fleming Tournament. The Wildcats hosted Arickaree/Woodlin, Gilpin County and Denver Waldorf for the Friday/Saturday event.

Fleming took on Arickaree/Woodlin on the opening night of the tournament. They jumped to an early nine-point lead after the first quarter and expanded that lead by another three in the second to close the half on top, 29-17,

The Wildcats continued to dominate in the second half, out scoring the Indians by 17 points in the two quarters com...