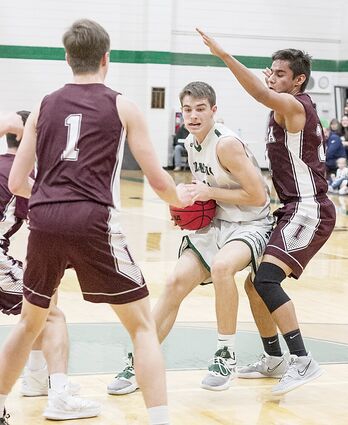 Another 1-1 weekend leaves the Fleming Wildcats at 5-6 overall on the season. This weekend's victory over the Prairie Mustangs puts them at 1-0 in the North Central League.

Friday against the Idalia Wolves the week's play at Fleming. The Wildcats led in the opening quarter by six, 15-9, but Idalia evened the score by the end of the half, 29-all.

The game remained tied after the third quarter with both teams adding eight to the scoreboard, 37-all.