Burr, Schelling and Engle advance to 2A State Wrestling Tourney 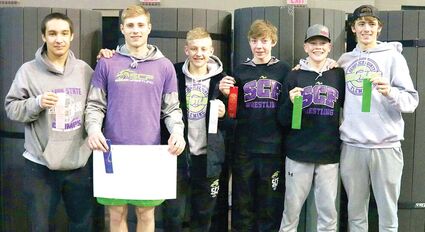 The Sedgwick County/Fleming wrestling completed the two-day 2A Region 3 wrestling tournament with six wrestlers placing and three qualifying for the Colorado State Wrestling Tournament. The team finished in fifth place out of 15 teams.

Individual results for wrestlers competing out of Haxtun and Fleming are as follows:

106-pound sophomore Kaiden Schelling placed second and will be headed to Ball Arena with a record of 34-12. He defeated Logan Haflich of Limon in the quarterfinals with a 15-0 tech fall, then defeated Austin Snapp of Wray in the semifinals, 5-2. The semifinal win advance...