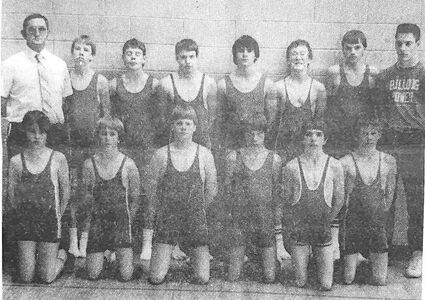 Clifford Ruch, the four-year-old son of Mr. and Mrs. Phillip Ruch of the Fairfield community, passed away Tuesday (March 23, 1937) at the Mooney hospital after a short illness. The little boy had undergone an operation for appendicitis about two weeks ago and was apparently recovering. He contracted pneumonia a few days ago, however, which caused his death.

County Line News - Mrs. Paul Holmquist and son Vernon came down from Byers Sunday, bringing Curtis Ruch, who has spent about a month with his grandparents.

Paoli carries away honors in county spelling and...