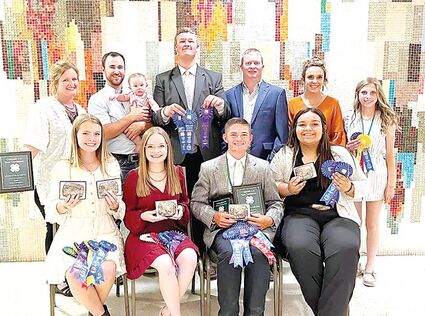 The Phillips County 4-H Livestock Judging Team competed at the Colorado 4-H State Conference Livestock Judging Contest on June 22. The contest was held in Fort Collins at Colorado State University's Agriculture Research, Development and Education Center. Six members, ages 14 to 18, attended and four ran as a team while the other two competed as individuals. There were 64 members and 18 teams total that competed at the event. The Phillips County 4-H Livestock Judging Team had a Yuma County member join them this judging season because Yuma County did not have enough members to form a team...