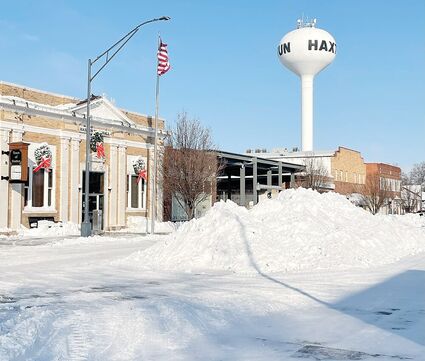 HAXTUN AND FLEMING residents spent much of last week digging out of drifts five to six feet high, some even reaching eight feet, following a blizzard that began early Tuesday morning. The storm caused havoc in northeastern Colorado forcing nearly all roads to close throughout parts of the week. Additionally, Haxtun and Fleming schools were forced to close for the remainder of the year. Snow and wild wind speeds blew snow for several days, leaving residents shut in for much of last week.

While town and county crews worked throughout the storm to keep emergency pathways clear, ranchers...