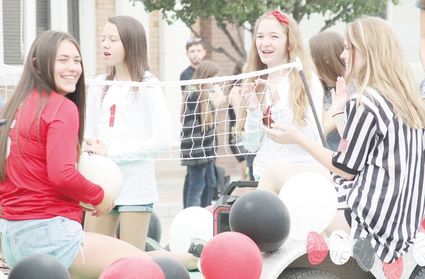 The 99th annual Corn Festival parade drew crowds to downtown Haxtun Saturday morning. Results from the kiddie parade and parade are as follows: