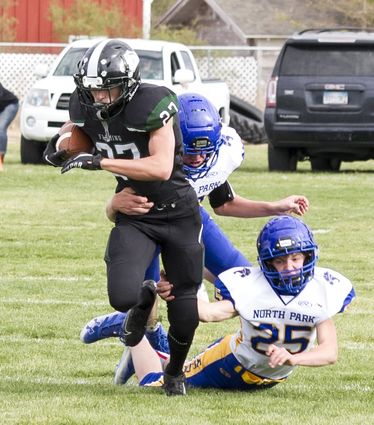 NOLAN JAPP, a sophomore running back, fights for yardage as North Park defenders reach for a tackle in a mid-October game held at Fleming.

According to the Fleming Wildcat Facebook page, the Wildcats' most recent contest against Briggsdale, originally scheduled for last Friday, was cancelled due to a COVID-19 outbreak in Briggsdale.

A contest against Granada has been schedueld for this Friday, Nov. 13. Kickoff is set for 1 p.m. in Fleming. Both teams enter Friday's action with undefeated seasons; Fleming at 4-0 and Granada at 5-0 according to MaxPreps.