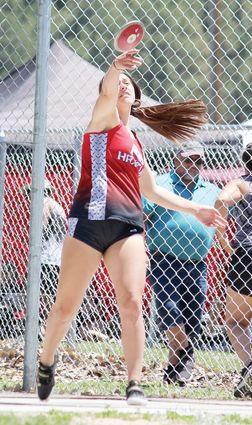 The Haxtun Bulldogs competed in the final two meets of the season before State later this week. The Bulldogs participated in the LAPP/YWKC meet in Yuma on June 15. The girls team finished the league meet with 31 points and a seventh place finish while the boys team earned a total of 62 points and a sixth place finish. Top 10 results from that meet are as follows: