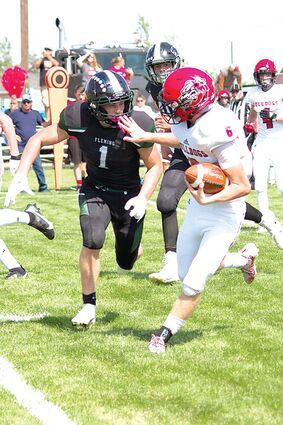 A combination of tragedy and cancellation brought the two teams head-to-head in a rare outing between the squads. Haxtun's Friday contest against Wiley was cancelled due to a fatal car wreck involving several Wiley students; Fleming's originally scheduled game against Flagler was cancelled by the Panthers early last week.

The Wildcat 6-man squad hosted the Bulldog 8-man squad for an 8-man contest on a 6-man field. Both sidelines were packed for the e...