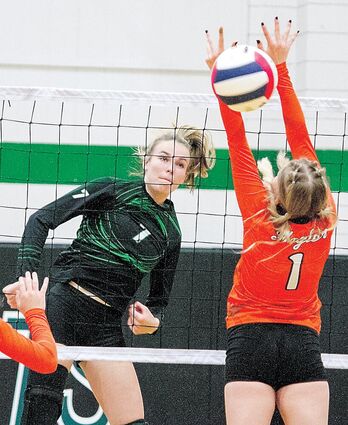 Nearly halfway through their regularly scheduled season, the Fleming Lady Wildcats tacked on another sweep to their overall record this year. Their most recent sweep over Lone Star puts them at 10-1 overall - nine of those victories being sweeps.

The team's second consecutive week on the road put them at Lone Star last Thursday to face off with the then 5-5 Lady Longhorns.

Lone Star fell hard in the opening set allowing Fleming the 25-8 win. The home team came a few points closer in the remaining two sets, dropping those 25-13 and 25-11, respectively.

Sophomore Madi Serrato made an imp...