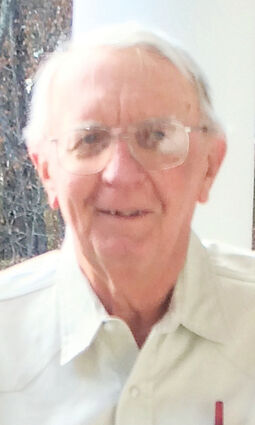 Wayne Allen Crowell was born Nov. 25, 1940 to Carl and Lorraine (Rambow) Crowell in Sterling. Wayne attended Dailey Grade School until the fifth grade at which time his father Carl and stepmother Leora (Gueck) Crowell moved to a farm one mile west and a half mile south of Haxtun. Wayne then completed grade school and high school in Haxtun. Wayne always enjoyed animals and was an FFA State Farmer in high school and a jockey and rodeo participant at county fairs.

He graduated from Haxtun High school in 1958 and entered Colorado State University. He obtained a B.S. and DVM in 1964 from CSU and thus became the third individual from the Haxtun farm to become a Veterinarian (two sons of the previous owner, Mr. Ramsay, were also Veterinary graduates of CSU). Wayne met his first wife, Mary Linn Scott, at CSU and they were married in 1962.

Following graduation he was in private practice in Glasgow, Ky and Colorado Springs until U.S. Army service (1966 to 1968). He was awarded the Army Commendation Medal and after military service spent two years as a field research Veterinarian in industry in Indiana. He then returned to academics at the College of Veterinary Medicine, University of Georgia where he obtained the PhD in Veterinary Pathology and became a Diplomat in the American College of Veterinary Pathology. He spent 30 years in research, service and education at the University of Georgia and Louisiana State University. He was honored with teaching awards at both institutions (including National Student AVMA awards, Charles Davis teaching award, Josiah Meigs award at UGA, Norden Distinguished Teaching awards and Phi Zeta teaching awards).

Dr. Crowell was an American Veterinary Medical Association honor roll member. He was a member and elder of Covenant Presbyterian Church in Athens, Georgia.

He and his family all earned degrees at the University of Georgia; his wife Mary Linn (M.S.), his daughter Cheryl Linn (B.S.) and his son George Scott (B.S. and M.D.) All were lifelong fans of the Georgia Bulldogs athletic teams (same mascot and colors as Haxtun High School). Mary Linn died of lymphoma in 1996 and Wayne retired in 1998.

Wayne married Marsha (Ginsberg, Loudermilk) in 1997. Marsha was the widow of Cliff Loudermilk who was a Veterinarian that died of cancer.

A celebration of life will be announced at a later date.