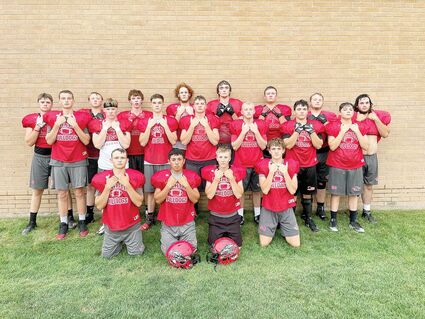 The boys of fall are back! Thirty-eight players on this year's Haxtun Bulldog football team have been putting in the work over the summer and since the start of practice last week and rightfully so, the team has a lot to defend. As the 2021 8-man State Champions, the Bulldogs know the taste of victory and are looking for more.

Head Coach JD Stone and his staff of assistants have been working with this year's team since last season ended. The boys have been in the weight room since just after Christmas and over the summer, the group of Bulldogs attended team camp and the Chadron State C...