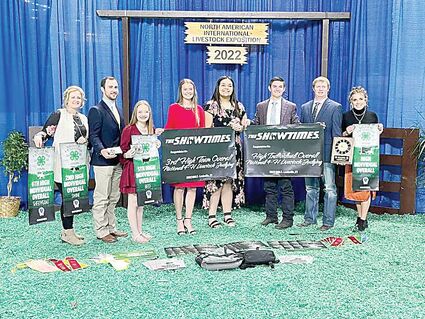 You might recall that in June the Phillips/Yuma County 4-H Livestock Judging Team won the state livestock judging contest. Because of their win, they were given the opportunity to compete at the North American International Livestock Exposition in Louisville, Ky. This is the most prestigious national contest and each State can only send their highest-ranking team.

The contest was held on Wednesday, Nov. 15 and 107 contestants from 28 teams competed. The following morning, all contestants, coaches and several parents piled into the awards breakfast to learn of results. It was then anno...